“Do you know what you are having?”

That has been the beginning of the majority of the conversations I’ve had in the last few months and the responses to my revelation have been nothing short of comical and entertaining. The majority of the responses support a boy, and I’ve learned that people are quite vocal in expressing this preference even if they are complete strangers.  I’ve heard things such as:

“Boys are the best,”

“Boys are so much easier than girls,”

“Be glad you are not having a girl, girls are so complicated.”

And then it begins, a plethora of stories to justify each of those statements. Stories that make it obvious that from the beginning, from the womb, we have a constant battle of the sexes.

What are girls? Chopped liver? Are girls really that complicated? Should I be offended when the person telling me girls are complicated is male? Quite honestly, I echo the sentiment. Girls are complicated! There, I said it. But I don’t believe girls are any more complicated than boys, we are just complex in different ways. This difference stays with us into our adult years and even when we don’t want to be compared, we are!

As a female lawyer, I can speak from personal experience when I say the battle of the sexes is real! We are constantly being measured and judged by our male counterparts. If a female lawyer is strong, assertive and confident, she is a labeled a bitch. And that term is not limited to the courtroom, or the boardroom, or to the legal profession. It is a constant battle women face on a regular basis, no matter the profession and no matter the role.

Boys and men face challenges of their own, as a result of this constant battle and the pre-conceived notions we have of men and women. It is the reason men are criticized for wanting to become nurses; or their decision to become a single parent is generally questioned and doubted. We are all pigeonholed; and constantly being compared! 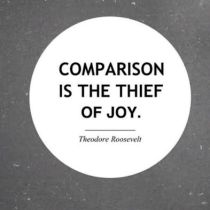 Who ultimately wins the battle?

In case you are wondering, I am extremely happy to be having a boy! But, I would have been equally happy to have a girl!